Aznan Alias is a household name in the music industry. He is one of Malaysia’s top guitarist who has been actively involved in the music scene since the early days with his band Saturnine and Strangers. Saturnine was a 4-piece alternative rock band, famous in the 90s which had produced 2 albums, “Grey” and “Raining Grace”. Strangers is a Malaysian rock group, with a combination of several former members of the various rock bands in Malaysia.

Since the 1990s, Aznan had been an active studio and live concert guitar sessionist and involved in most of the concerts, music tours and TV shows. He has been a Music Director for M. Nasir, directing all the successful shows and performances since the 90s. He was also involved as a Music Director for various well-known artistes’ concerts and shows, for both foreign and local artiste alike. He had performed in various cities in ASEAN for artistes such as Renee Liu (Taiwan), Sandy Lam (HK), Aikawa Nanase (Japan), Fish Leong (Malaysia), Ramli Sarip (Singapore) and many more. 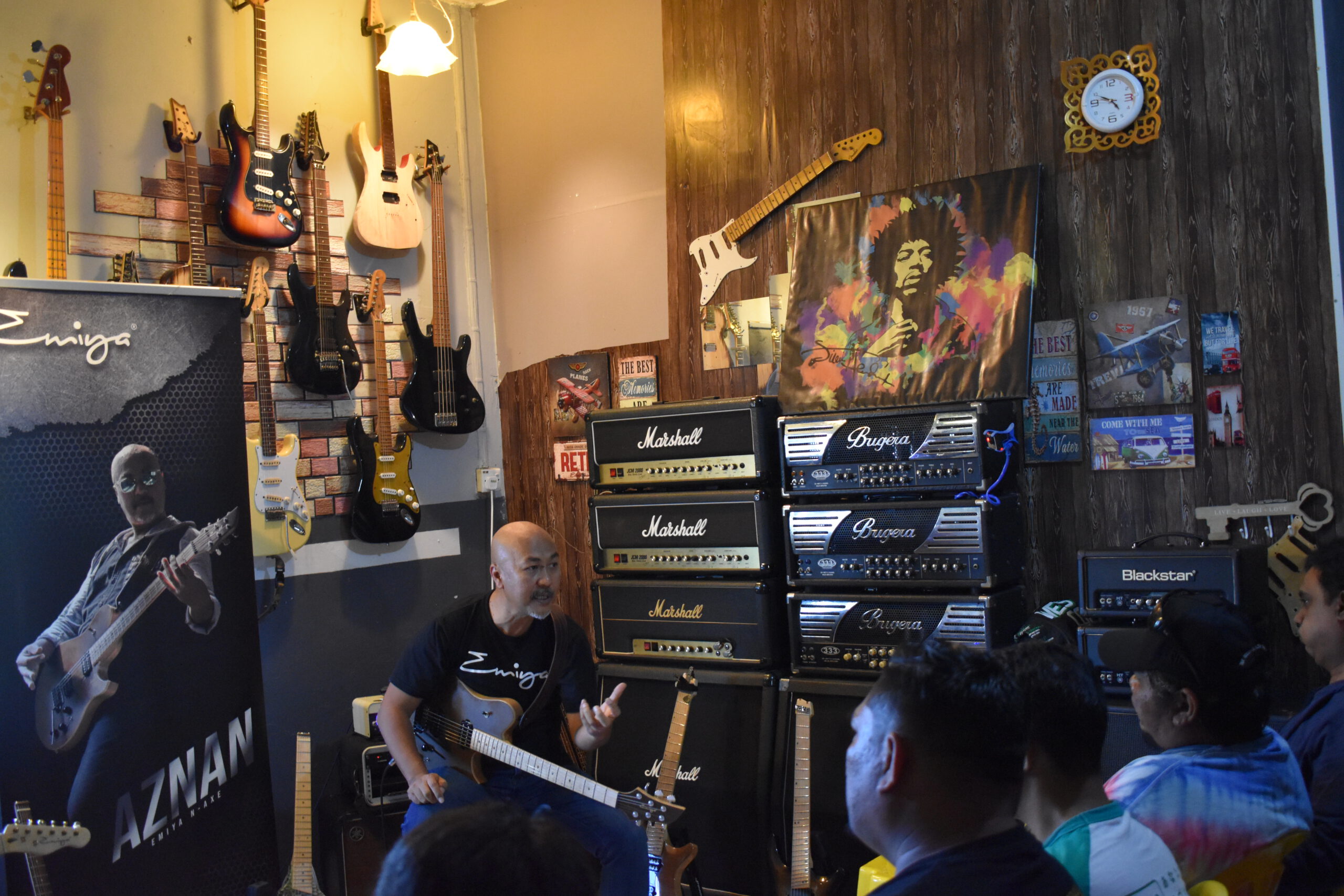 Aznan was acknowledged with an achievement award as AIM Musician of the year 1997/98 as a recognition to his amazing contributions to the music industry. He also contributed as a musicians’ committee member in RPM (Recording Performers Malaysia), a CCIG (Creative Content Industry Guild Malaysia) member and a voting member in AAMS (Asian Academy of Music Arts and Science.