Khalid Mobin is the veteran axeman for Malay heavy metal band Rusty Blade .He picked up guitar way back in1976, though he had been keen to be a classical pianist initially. He was enlisted in the school brass band & combo band at a very tender age and won 1st prize in a Yamaha’s band competition. He had his first major show at the age of 17, playing at National Theatre with his band ‘Sarabande Lord Band’, together with his younger brother Malik Mobin on bass, Noorhangini on vocals & Aleem Varaderoo on drums, performing 2 songs-Child In Time & Gates of Babylon to a full house crowds, sharing the same stage with big names like Sweet Charity. It was a great honour for Khalid to be offered as Rusty Blade’s first guitarist when he met the founding band members (Bro Zan and Yusof Munir) at a local guitar showroom circa 1980. He went on the feature as a guitarist, songwriter, producer and arranger for the band with 4 albums-786 /Ikrar Perwira, Rintangan Hidup Dunia, Berat & Awas. It was a great achievement with Rintangan Hidup Dunia album sold for more than 25,000 units (Gold) and Berat album sold more than 50,000 units(Platinum) and counting. 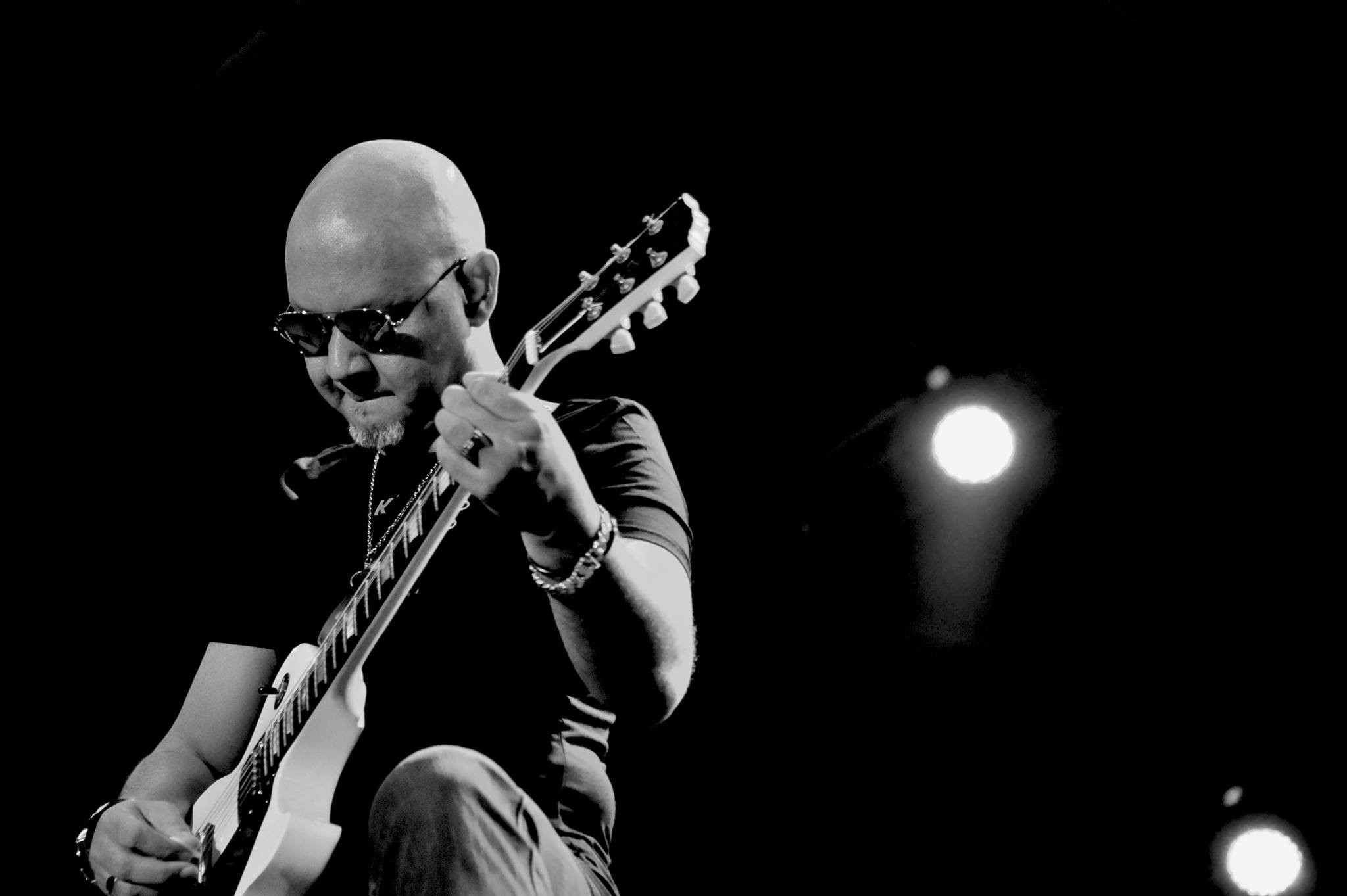 Khalid also did studio works with Cromok ‘YoursTruly’, wrote & played 4 songs for Shima’s1st album with their producer, Lord, and involved with Malaysian Rock Queen ‘Ella’ as a guitarist for her 30110 and USA road tour in Malaysia (1990 to 1994).Khalid also produced and sessioned for Malaysian artists, such asUG14 with their ever-popular song ‘Bunga Larangan’ along with other songs. Khalid had cut theband’s1st single which is to be released soon (recorded with his Emiya KMCustom guitar for the 1st time) & another 4 songs for the year 2021, hoping to tour Malaysia once again with the band & his well-loved main axe!